The stacked rock retaining wall that runs along Wornall Road in front of Kirkwood collapsed earlier this week. I just drove by again today on my way to the office, and it looks the same. I heard it was because of all the rain we have been having recently. Evidently this wall was rebuilt when Kirkwood was under construction – just goes to show how the quality of craftsmanship has deteriorated over the years. They just don’t build them like they used to. I was contacted by the manager of the Kirkwood who informed me that the city of Kansas City originally built this wall, they rebuilt this wall, and the city owns this wall, not Kirkwood.

Here is a photo I took of the rubble: 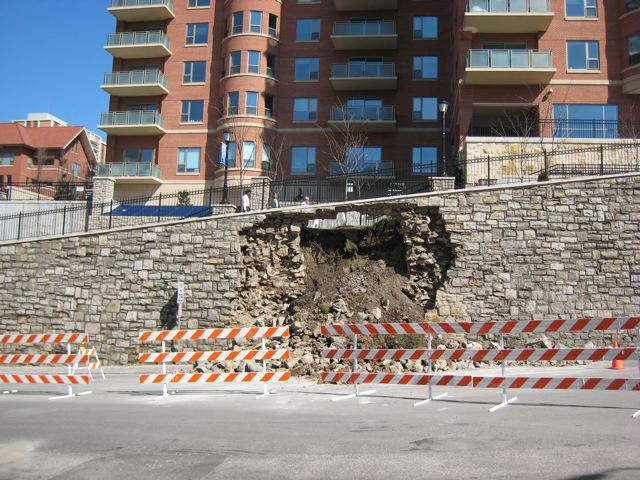 3 responses to “Wall Collapses along Wornall Road and Kirkwood Condominiums”