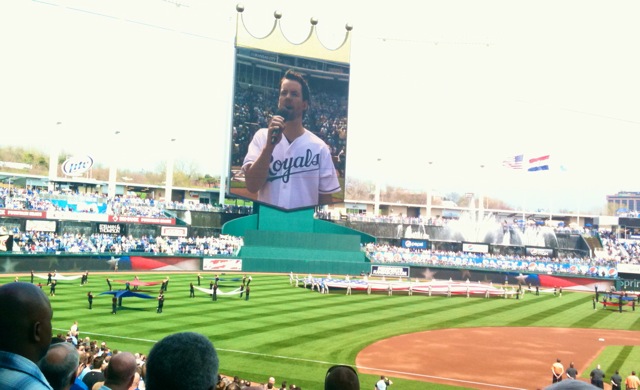 I had the good fortune to attend opening day yesterday at Kauffman Stadium. The Royals lost to the Tigers 8-4, but it was still fun.  I do have some thoughts on my experience though…