Below are two photos from a recent night at the K. While I will always wish that we had a downtown stadium, I have to admit that the improvements are very impressive. I love the new crown on the scoreboard, the cheap seats by the fountain, and the fact that you can walk all the way around the stadium. It reminded me of Giants Stadium in San Francisco (or whatever name it goes by), and that is a complement. By the way, the night we were there Greinke pitched and the Royals won. Speaking of Royals – this is spreading around the blogs today and, for the record, I don’t think this guy looks that much like the real Guy. First of all, this guy bigger, he isn’t as in-your-face intense, and he is wearing his sunglasses on the front of his face. Also, take note of this guy’s stupid comments – he says he likes stadium food for the “originality”, and because “people make it themselves”. What!!! Hilarious. 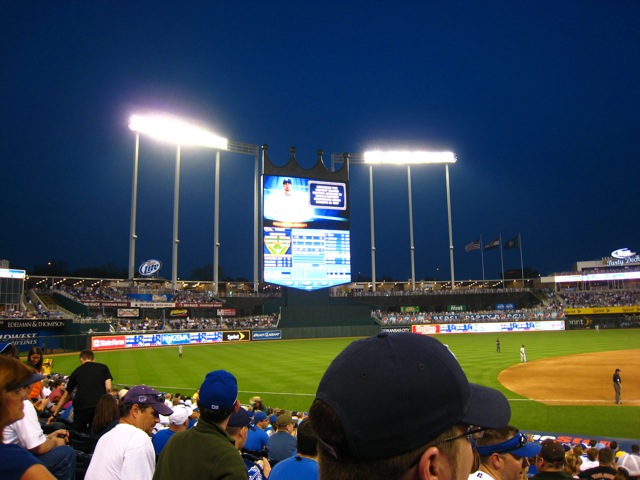 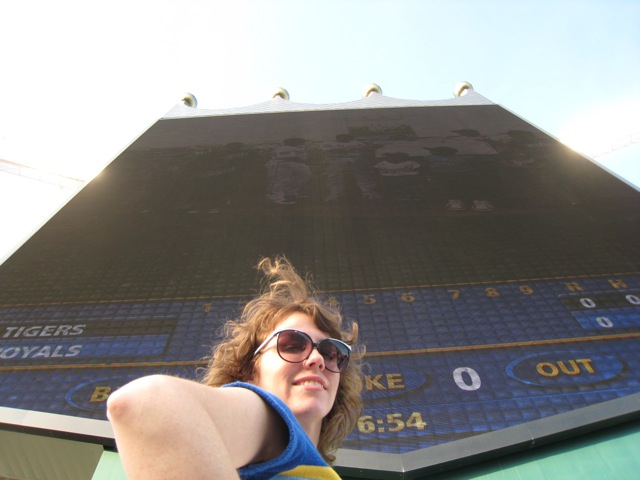