Below is a chart showing the average price of home sales in Prairie Village. I chose Prairie Village as a sample area because it is centrally located, it is fairly stable, and the homes give a good sampling of prices and styles. If you live in a nearby area like Brookside, Fairway, Westwood or Roeland Park, I think it would be safe to use this as a barometer of what is going on in your area. 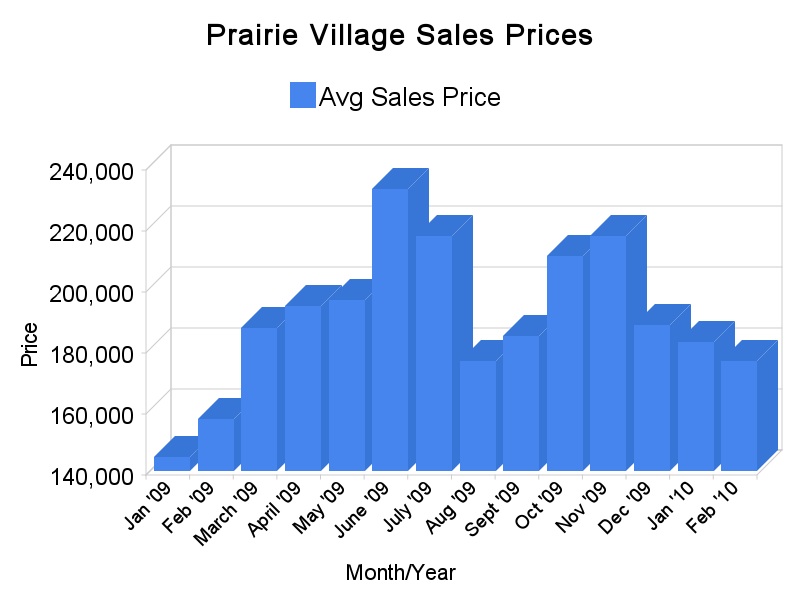