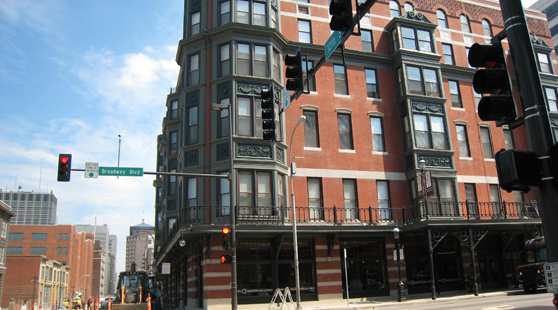 This historic building at the southeast corner of Tenth and Broadway Streets is called the Coates House Hotel. This beautiful building is on the National Register of Historic Places and rightly so. The Coates House Hotel was built in 1868 (later renovated in 1891), and was the city’s most prestigious hotel through the early 1900’s. It is said that several of our country’s president’s overnighted at this lovely landmark. Piecing together the history, there was a terrible fire there in the 1970’s, and at the time it was used as a low cost hostel and weekly boarding house (which makes sense because this is when downtown was abandoned for suburban development). Following that terrible incident in which many people died, the building was purchased and renovated by the developers of the Quality Hill apartments in the 1980’s, and I believe the upper floors have been apartment homes since that time. Currently, it houses the sales office of the Quality Hill Condos on the ground level, and it is slated to be a part of the new Quality Hill Condominium project which is converting the rowhome apartments of Quality Hill and several other historic buildings into condos. My favorite feature of this building is the second floor gallery with iron railing which wraps around the building. It is a stunning piece of architectural history. 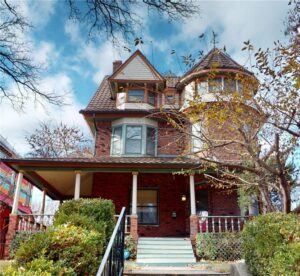 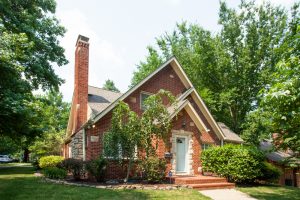 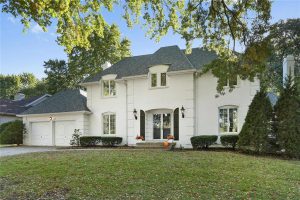